A true PS1 gaming classic! As the first sequel and successor to the wildly successful Spyro The Dragon which launched in 1998, Spyro 2: Ripto’s Rage! is a personal gaming classic of mine and a fond childhood favorite of mine which will always hold a special place in my heart.

Developed my Insomniac Games, the Spyro series revolves around our fierce and fiery dragon hero as he sets across the lands and realms of dragons, on a mission to rescue his species and bring peace to the land. Being set as an action/adventure platformer in the wonderful golden age of the nineties, Spyro soon became one of the most recognizable platforming characters in history along with other legends such as Crash Bandicoot and Ratchet & Clank. Hosting the primary abilities of fire and ice breathing, horn ramming, and gliding, Spyro possessed traits of a powerful and courageous hero in all of his badass rated E glory.

Regarding Spyro 2: Ripto’s Rage, the game was highly praised by gamers and critics alike, and received critical acclaim. Delving more into the greatness of Spyro, here is the overall plot for our beloved dragon:

“Spyro the Dragon and his dragonfly partner Sparx, feeling tired of it raining all the time, decide to take a vacation to Dragon Shores. Upon going through the portal, however, Spyro ends up in the fantasy realm of Avalar, having been summoned there by Elora the Faun, Hunter the Cheetah, and the Professor. They explain that whilst experimenting with a large portal device, they inadvertently summoned an iron-fisted warlock known as Ripto, along with his minions Crush and Gulp. Pleased to find himself in a world without dragons who he views as pests, Ripto decided to conquer Avalar, prompting Elora and the others to summon a dragon to fight against him. Currently stranded in Avalar as a result of Ripto destroying the portal he came in through, Spyro agrees to help fight against him, gathering up talismans from the various realms of Avalar in order to confront and defeat Crush and Gulp. Ripto then manages to steal a power crystal, which was used to power the large portal device, which he uses to create a new scepter for himself, but Spyro manages to defeat him as well. With peace returned to Avalar, Elora and the others fix the portal device, allowing Spyro to take his long-awaited vacation to Dragon Shores.”

Ultimately, Spyro became the hero that the dragon realms deserved and the one that it needed in a time of peril. If your retro gaming life ever needs a nostalgic trip down golden age lane, Spyro will always be there to fill the void. A confirmed classic, classic of greatness indeed.

As always, nerd out my fellow nerders! 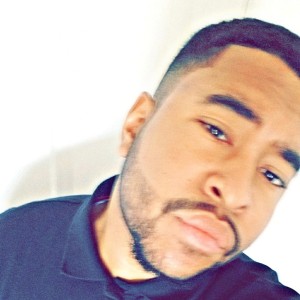