First of all, HAPPY NEW YEAR!!

Wow, it’s really been an interesting a 8 months of inconsistent posting at time but I’m happy you guys have stuck it out with me. I promise to get better this year. With this being my first post of the year, I’m going to use it and dedicate to two great women I follow on Twitter. @theblerdgurl and @BlackGirlNerds are two prominent women (group of women) on Twitter that I follow for updates on anything blerd and nerd related things. And on top of that, they are beautiful black women! They are contributors for various outlets. @theblerdgurl contributes to  @bookriot @Publishersweekly and @graphicspolicy and @BlackGirlNerds has a podcast everyone should check out.

The reason I’m dedicating my 100th post to these two profiles is because they are what I’m striving to be. They are on the cusp of all things blerd and always engaging those that follow them. From discussing series premiers of shows (The Gifted, Doctor Who, The Walking Dead, etc) to why Storm deserves her own solo film (which she does), @theblerdgurl and @BlackGirlNerds bring unbiased opinions and analysis to our favorite films, comics, tv shows and cartoons. They also highlight representation of PoC in every medium which is something I love and support. They assist in exposing black/PoC writers, gamers, developers, actors, artists to the masses.

If you are looking for interesting people to follow that talk about things you most likely enjoy as well, @theblerdgurl and @BlackGirlNerds are who you should follow. Smart, witty and honest opinions/analysis along with just go ol nerding out put together on social media. So I want to thank them to allowing me to share their information with my followers here.

I enjoy following these two and I hope I can assist them in gaining more exposure. Below I will be sharing their information and how you can follow and support them. It’s a new year so lets do new things…but not my phrase. So as usual, Nerd Out people! 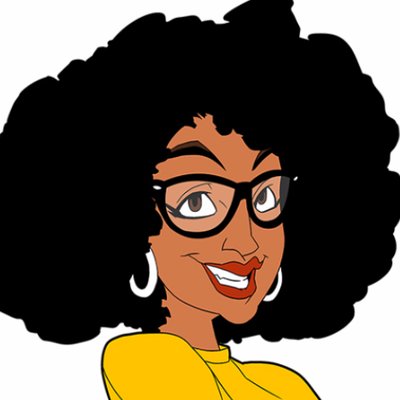 This is her Twitter and a link to their site. Check out their Patreon as well!

100100th postBlack Girl NerdsGetting up there

Shameless Plugs: Podcasts to get hip to.