It’s getting hot this second season of Killing Eve, and its safe to say that our leading lady is busy burning down all her bridges.  We resume this week with Eve standing in Carolyn’s living room where we find Konstantin comfortably seated, offering drinks. MI6 is holding his family for their “protection”, and Carolyn is gladly using their location as leverage. When Eve asks Konstantin for help finding V, he warns her flat out to “leave Villanelle alone”. He even referred to her as a parasite who doesn’t understand love, and that like the Hungry Caterpillar does to fruit, she will burrow into Eve’s life and ruin it.  Konstantin very specifically tells her that she has got something worth having (meaning her life, and Niko), and not to let V take it.

Whilst Eve is drinking with the dead, Villanelle on the other hand is back on her feet, joking and looking like her old self. I guess we have Raymond to thank for that? When he barges into her hotel room in London, we discover that Villanelle indeed does have some competition. The same “ghost” MI6 is investigating, has also caught the attention of V’s employers.  Seems like warning signs are the theme of this episode, yet neither women are taking heed to the advice being given.

We all know (or assume to) the dedication it takes to have a happy and successful marriage, and right now Eve is failing at all facets of being a wife. She and her husband Niko have had it rough ever since Villanelle stepped into the picture. Eve’s mind is clearly elsewhere when she brings Niko a watery egg and bread to bed in the morning as a gesture of her ‘devotion’. To add insult to injury, when she returns home that evening after work, Niko is fully dressed for an event he kindly reminds her she’s forgotten three years in a row. She arrives late to the school to find her husband smiling in conversation with a woman named Gemma, who I might add is all too familiar with Eve’s absence. After a fit of jealousy Eve gets Niko alone for an intimate moment in his classroom, when she spots an apple, she’s immediately triggered thinking its a message from Villanelle. She pulls the buildings fire alarm and rushes to the exit to watch all the faculty and guests evacuate. Eve was absolutely right about Villanelle being at the school, but unfortunately in Nikos eyes she’s managed to take the spotlight and make the evening about her. Moment to redeem herself lost; cue her life line starting to crumble.

When Carolyn calls on Eve to help the MI6 with a new female assassin, we’re just as surprised as she to see Kenny. It’s been rough watching Eve’s paranoia get the best of her, and the state of her mental health deteriorate. Unable to burden her husband with the nature of her job, let alone disclosing what she had done to Villanelle, Kenny and Eve’s reunion was a breath of fresh air because finally, she had someone back in her corner that she could trust. He always believed in Eve because he thought she was different than the type of people they worked with, he fought for her because unlike his mother, Eve wasn’t selfish or wildly manipulative. Or so he thought. But honestly if you stabbed a psychotic killer, and didn’t kill her, I’m more than sure your anxiety and paranoia would get the best of you too, so I try to feel for Eve throughout her overly ambitious bursts, but when she yelled at (and lowkey insulted) Kenny it was difficult to watch. She took a power trip after she cornered him coming out of the restroom, demanding he find the location of Konstantin’s family despite the fact that it clearly made Kenny uncomfortable. Eve’s obsession reared is nasty head, and the hardest part of it all was seeing the disappointment wash over Kenny’s face.

The hunch Eve had at the school about Villanelle –– whether the apple was really Villanelle’s doing or not–– was correct. Though she never laid eyes on her, Villanelle was in fact at the school event dressed as a hipster teacher. She spent most of her time in the stairwell giving Gemma, Niko’s potential side piece, tips on how to split up a happy home. As the alarms are blaring, and an oblivious Eve stands anxiously at the entrance watching everyone evacuate, V manages to sneak up behind her and slip a tube of lipstick in her handbag. The same tube lipstick that triggered her power trip with Kenny, which later we find as Eve uses it in the mirror, is a razor.

Konstantin eventually makes the trade with Eve, address for address, but when Villanelle returns to her hotel room, he is there waiting to warn her. Not only does he provide her with an escape, he reveals to her that Raymond isn’t the average handler, he terminates the contracts for their employers. Konstantin checked into the room down the hallway from Villanelle’s, so when MI6 shows up to bust down her door she watches the whole scene unfold, and Eve clambering about in hallway. Before she even reached the door Eve knew Villanelle was down the hall, their connection and her intuition are both strong, and undeniable.

On top of neglecting her husband, in a matter of days Eve managed to lose Kenny’s trust, and get caught betraying Carolyn for a second time. Even outside of her investigation of Villanelle, Eve is a brilliant agent; but just as Konstantin warned her not to, she is letting the thought of V burrow into her thoughts, and drive a wedge between her and everyone she loves. To make matters worse Villanelle is toying with Niko, calling into his school making false complaints, not to mention coaching another woman on how to poach him from Eve. Konstantin also warned Villanelle at the hotel about MI6 coming to arrest her, and who her new handler Raymond really is. Coupled with the new girl giving V a run for her money, and her employers looking for a new hire, its safe to say that Villanelle needs new connections for work, and that leaving with Konstantin is her best best. I’m elated the pair have reunited, despite everything they’ve been through together, you can tell have a strong bond, and that Konstantin really just wants the best for V. He’s managed to warn both women to leave the either alone, and yet here we are intoxicated off the chase.

The ghost is a wild card, and I’m ready to see how introducing her fully will affect our dynamic duo, and their game of cat and mouse. Will eve and Villanelle work together to find the ghost? Will the ghost kill Villanelle? Eve? One thing is for certain though, Eve is losing focus, and her mission and intentions seemed to have shifted, which is exactly why Kenny called her on her bullshit. At this rate she’s going to get herself killed if she doesn’t get her obsessions in check.

Hopefully we’ll find soon on tonight’s new episode! Thanks for recapping with us guys, see you tonight! 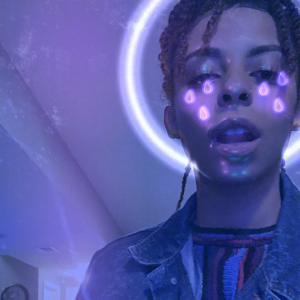 Boomerang: Tell Me Who You’re Loyal To