Time to finish off the Top 10 list for beginners! These last 5 are definitely more adult when it comes to anime. I also included some honorable mentions that can count as well. I hope this list helps beginners break into the wonderful world of anime.

Code Geass is probably one of the most complete anime series I have watched in my lifetime. It has great character development, a great story and most of all, a strong ending. This story follows the exploit of a student named LeLouche who gets thrown(voluntarily) into the political power struggle that is going on between Britain and Japan (Area 11). What drew me to this anime is how the anime ties politics into action. This is great for beginners who want to watch an anime that has a little bit of everything.

Death note…. based on a teenager named Light Yagami who finds a supernatural notebook from a Shinigami(God of death) named Ryuuk that grants him to kill anyone.
This anime is one of the best mentally stimulating shows in rotation. Please watch this before Netflix ruins it with the live action version they have coming out (Still not sure if I’ll be giving it a chance). It will make you think. It will make you hate at least 3 characters at the same time. And you will thank me later for suggesting this anime.

It’s been awhile since I’ve seen this series (So I will be restarting this soon). Have you every watched Criminal Minds? When watching Criminal Minds, did you ever think “Hmmm, this would be great in animated form?” Well you have your wish. Psycho-Pass is basically about a Police team that catches criminals based on their personality types. It’s very smart and well thought out as a whole.

I put this here because this series had one of the best soundtracks in anime. If you are a hip-hop head or someone who enjoys music as a whole, this is a great one to start. I really don’t have much else to add besides it being beautifully animated and moving. Not emotionally moving but the story moves pretty fast since this was a one season anime. 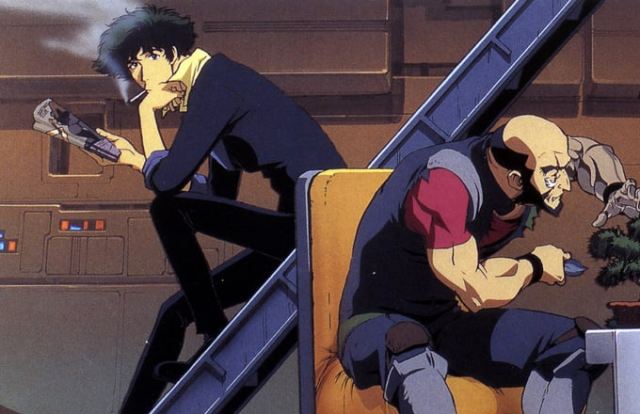 “A group of bounty hunters navigate the untamed universe in search of wanted criminals. The crew is cool guy Spike Spiegel, cynical ex-cop Jet Black, impulsive finesser Faye Valentine, and the androgynous hacker prodigy Edward Wong. Unlike other anime dramas, Cowboy Bebop isn’t just one singular plot; there’s no 26-episode arc with a major pay off at the finale. For the most part, each episode is its own open-and-shut storyline driven by incremental character development. Yet there’s a consistent feeling of suspense and mystery surrounding each member of Bebop‘s quartet, and these characters each receive enough of a backstory and conclusion to leave the fans clamoring for more”

That first part was sent to me by someone via email so I’m not sure where it came from but that pretty much sums up this classic. I’m biased because this was the anime that got me into anime as a whole. At the time I had started playing the saxophone and the intro to the show was Jazz so I was hooked. Hailed as one of THE best anime series to ever be made, this series is a must watch for first timers.

And that’s my list of top 10 anime series for beginners. If you feel like some others should be included, please comment and tell the readers why. I’m sure I missed some great ones but this list was my personal favorites. Below I have some honorable mentions just in case you don’t like the ones I mentioned in these two lists. As always…Nerd Out!

Like geopolitics, the Gundam universe is almost beautiful in its complicated nature. Gundam is far more than just giant robots in space. What’s made the franchise timeless is how each series thoughtfully grapples with topics like the human cost of war, diplomacy, and interstellar relations. 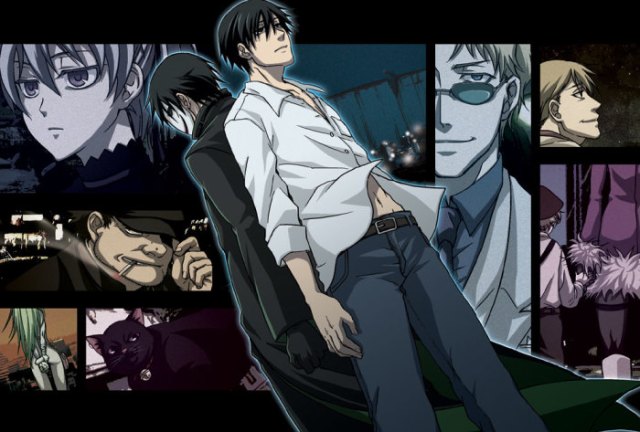 In Tokyo, an impenetrable field known as “Hell’s Gate” appeared ten years ago. At the same time, psychics who wield paranormal powers at the cost of their conscience also emerged. Hei is one of the most powerful of these psychic agents, and along with his blind associate, Yin, works for one of the many rival agencies vying to unlock the mysteries of Hell’s Gate. Note: Description pulled from Anime News Network since this anime was suggested by another friend to include here.

The original Ghost in the Shell feature film is so influential that it inspired The Matrix and elevated cyberpunk to new artistic strata. Stand Alone Complex is its continuation, and plots the machinations of Motoko ‘Major’ Kusanagi, the cyborg leader of counterterrorism unit Section 9. Its vision of the future, a world where humans can transfer their consciousness to machines, is one of scifi’s most skillfully realised universes. It’s a case of 24 meets Battlestar Galactica meets Blade Runner, all wrapped in a gorgeously animated package.

Why Pokemon is sort of trash: An unpopular opinion.